The MMTP is inspired by a number of researchers, one of them is Professor Judith Campisi who is considered to be a leading expert in senescent cells and a pioneer in the study of Senolytics. This is a small article about Judith and her impressive research history and is among many scientists who have inspired the MMTP team.

Judith Campisi got her B.A. in Chemistry in 1974 and Ph.D. in Biochemistry in 1979 from the State University of New York at Stony Brook and completed her postdoctoral training at the Harvard Medical School in 1982.

She initially joined the Boston University Medical School, and moved onto the Lawrence Berkeley National Laboratory as a Senior Scientist in 1991. She then moved to the Buck Institute for Aging Research in 2002, where she is a professor of biogerontology. She is also a member of the SENSResearch Foundation Advisory Board and an adviser at the Lifeboat Foundation. She is co-editor in chief of the Aging Journal, together with Mikhail Blagosklonny and David Sinclair, and is listed in Who's Who in Gerontology. 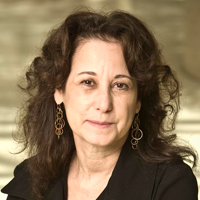 Judith is widely known for her research on how senescent cells, and in particular the senescence associated secretory phenotype (SASP) relate to aging.

Cellular senescence is an important mechanism for preventing the proliferation of potentially cancerous cells. However it has become apparent that this process involves more than just arrested cell growth

Now the challenge is to understand cellular senescence well enough to benefit from its positive effects and suppress its negative ones.

By studying both human and mouse cells in culture and mice in vivo, she explores the relationship between the mechanisms of tumor suppression and aging.  Campisi's lab also studies the role that telomeres and telomere binding proteins play in regulating gene expression and genomic stability. And the mechanisms by which defects in DNA repair pathways cause premature aging and cancer.

Judith's lab is currently conducting a longevity study on mice in vivo, to access the positive effects of senescent cell removal on lifespan.

Professor Campisi has numerous collaborations, locally and internationally, and mentors many students and postdoctoral fellows. Amongst her collaborations, she teaches courses on cellular senescence sponsored by the SENS foundation run by gerontologist Dr Aubrey De Grey.

Dr De Grey has pioneered the concept of the engineering approach to gerontology and organismal rejuvenation.

Senescent cells fit into the SENS 7 classes of damage that the body accumulates that  correspond to ageing.  By addressing all 7 classes over damage, Dr De Grey postulates that it should be feasible to return an organism to optimum health and even reverse age related decline.

Judith Campisi's work forms an essential cornerstone of the research that Aubrey and the SENS foundation have championed, and that is fast becoming accepted by respected leaders in differing branches of gerontology study worldwide.